While the Trudeau blackface/brownface racial incident are still getting considerable Canadian and international mainstream media attention, those same media continue to ignore the profound, centuries-long racism ingrained in both the Liberal and Conservative parties as well as the Canadian state that they administer.

For example, Trudeau’s recent condescending rebuttal and forcible removal of an Indigenous person, for bringing the life-threatening mercury poisoning of the Grassy Narrows territory in Ontario to the Prime Minster’s attention, is but a reflection of the still lingering bipartisan colonialist approach toward the First Nations. However, these vestiges of colonialism are also visible today in the international arena, as Canada’s imperial foreign policy remains aligned with the notoriously racist, white-supremacist Trump administration and is responsible for the deaths of brown and black people.

Setting aside, for the moment, Canada’s bipartisan support for the arming of the Saudi Arabian army with light-armoured vehicles (LAVs) that according to credible reports kill and maim brown people of Yemen, let us focus our attention on Latin America. 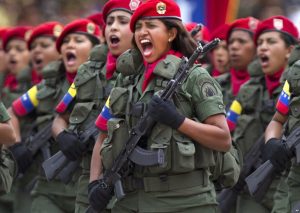 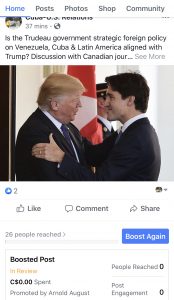 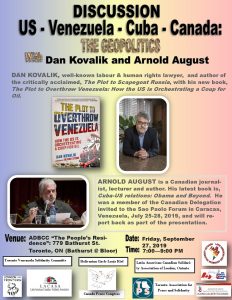 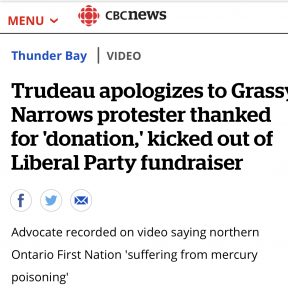 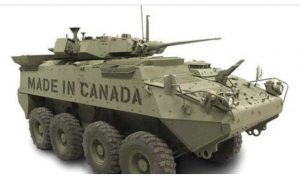 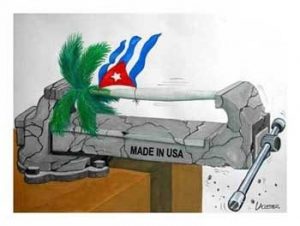 The Trudeau government is entirely complicit with the U.S. attempt to overthrow the Maduro government. Trudeau has aligned himself with Donald Trump against the Venezuelan people. Venezuelans, as Don Kovalik writes in his book which will be launched next Friday, are “70% Mestizo, that is, a nation composed of people with mixed blood from Indian and African descent. On the other hand, Kovalik writes, we read [in establishment media] that at the 2019 Guaidó opposition rallies, the crowds are almost entirely white.” Kovalik is right.

As Kovalik says, the issue in Venezuela is as much about race as it is about class. I did not notice it that much on my initial visits to Venezuela, but during my recent stay in July, after reading the Kovalik book, I did begin to further observe the social and racial composition of the Bolivarian Revolution. Maduro himself is Mestizo. Kovalik is right.

Thus, on one side you have white-supremacist Washington and its wealthy coup allies; on the other the Venezuelans, the majority of them people of color with modest incomes.

The U.S.-imposed economic sanctions against Venezuelans, fully supported and cheered on by the Trudeau government, have resulted in the deaths of 40,000 Venezuelan citizens. This mass punishment has disproportionately hit the poorer/ Mestizo segments of the population. Yet, out of political expediency, the corporate media and the Conservative Party reserve their criticism of Trudeau’s racism for his ridiculing of black and brown people, while his death-provoking policies in Latin America get a free pass.

As part of my presentation on Friday, I will offer up this aspect of Canadian foreign policy on Venezuela for debate. In particular, I want to take a close look at Canadian policy on Cuba as it relates to Venezuela.

Have you had a chance to read the public statements made by Trudeau and his Foreign Minister Chrystia Freeland on the US-Venezuela-Cuba triangle? I have been following them since the beginning. At the meeting, I want to deconstruct these statements with an eye to how they fundamentally reflect Canada’s imperialist stance toward both these countries of the global South. I will argue that the North’s contemptuous words and deeds continually smack of Eurocentric racial bias. While you may or may not agree with me, we should at least give this matter a public airing.

As to Canada’s foreign policy with respect to the U.S. blockade of Cuba, it may look at first sight to be above reproach. However, on Friday, allow me to walk you through the Trudeau government’s spineless attitude toward Trump on the issue of the Helms-Burton Act, the enabling of its Title III, and the continual tightening of the blockade.

How many opportunities have Trudeau and Freeland passed up, in Canada and on the international stage, to publicly call out Trump on Title III and the genocidal blockade against Cuba, which is being ratcheted up virtually every day? We will review Canada’s statements, with particular emphasis on the stark contrast between Trudeau’s and Freeland’s polite, inoffensive and spineless comments to the Trump administration on the blockade against Cuba, on the one hand, and the Canadian government’s brutal and aggressive pro-Trump stance toward the Maduro government, on the other.

Can Canadians afford to sweep this under the rug, or should we raise it loud and clear in order to put maximum pressure on the current Canadian government and the one that will take power after October 21?

The annual United General Assembly Canadian vote against the Blockade (next one in November) with the entire world community except the US will of course very positive. However, shouldn’t we urge the government to adopt a far more critical, ongoing face-to-face Ottawa versus Washington attitude toward Trump’s attempts to starve the Cuban people into submission, as we Canadian do across the country on a regular basis?  Just in the past year, the blockade has cost the Cuban people 4.3 billion dollars! Why should we go along with Trump’s punishment of Cubans for its unconditional support of the Bolivarian Revolution and Venezuela’s legitimate, constitutionally elected President Nicolas Maduro?

Further info on the Friday September 27meeting in Toronto:

ENGLISH
Statement of the CUBAN UNION OF JOURNALISTS (UPEC):

On Wednesday afternoon, dozens of Twitter accounts of Cuban journalists and media were blocked by the platform, a few minutes before the television appearance of President Miguel Diaz Canel and other top Cuban government officials began. For an hour and a half, they exhaustively presented exceptional economic measures in response to the intensification of U.S. economic warfare against our country.

As soon as the live broadcast of the program Roundtable began at 6:30 p.m. (local time) and was expected by millions of Cubans, dozens of professionals denounced through Facebook, Whatsapp and other social channels that their Twitter accounts had been suspended. They could access their timeline, but had the options ” like”, “retweet” and comment were blocked.

Among the media blocked “for violating Twitter rules” are @Cubadebate with almost 300,000 followers and @Granma_Digital with about 167,000 followers, in addition to @MesaRedondaCuba, @RadioRebelde, @DominioCuba, @Cubaperiodistas, @CanalCaribe, among other users, which include active journalists.

Several professionals also warned on Facebook the closure of their channels on Twitter. They suspended, for example, all the accounts of Cubadebate’s journalists and directors, without exception, as well as those of Leticia Martínez (@leticiadecuba ) and Angélica Paredes (@aparedesrebelde), of the President’s press team; that of the First Vice President of the Union of Cuban Journalists, Rosa Miriam Elizalde (@elizalderosa), and of Granma’s journalist, Enrique Moreno Gimeranez (@GimeranezEm), among others.

“It seems to be a concerted operation of false denunciations for abusive use and violation of platform policies. It surprises the political bias, the selectivity of the affected users and the opportunism: when President Díaz Canel speaks,” Elizalde wrote.

This is not the first time that Cuban Twitter users report problems logging into their accounts and receive messages that their accounts have been blocked and they should follow the procedure to recover them. What is new is the massiveness of this obviously planned act of cyber warfare, which seeks to limit the freedom of expression of Cuban institutions and citizens, and to silence the leaders of the Revolution.

The State Department’s Internet Task Force for Cuba last June issued its recommendations to use the network as a subversion highway in Cuba. It has proposed giving more funds to open digital sites, generate “attractive content” on the net, provide scholarships and finance a cybermilitance trained in harassment, lies and political assassination, which is not usually affected by this type of Twitter actions.

The Cuban Union of Journalists strongly denounces the disappearance of these spaces for the expression of ideas, in an act of massive censorship of journalists, editors and media. We demand the immediate re-establishment of the blocked accounts that, in no case, have violated Twitter policies, while the platform flagrantly tramples on the rights of communicators, prevents them from carrying out their work and tries to muzzle a first-rate news event in our country.

National Presidency of the Union of Journalists of Cuba.