Greetings from Mara Bilbao Díaz, Consul General of the Republic of Cuba in Montreal on the occasion of the October 11 book launch of CUBA–U.S. Relations at the Library Paragraphe Librairie. 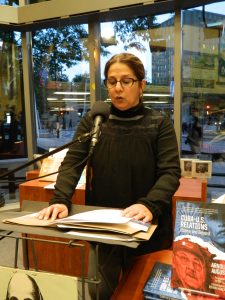 Thank you, Arnold, for affording us the opportunity to meet with you today and to talk a little about Cuba–U.S. relations, which are difficult and always fraught with problems between a small island and the most powerful country in the world.

We appreciate Arnold August’s support in defending the Cuban Revolution for over 20 years and his gallant donation of the royalties from his book launchings in Ottawa, Montreal and Toronto for the relief of victims of Hurricane Irma in Cuba.

This book is published at a time of uncertainty and decline in relations between Cuba and the United States. It serves as an important guide to readers for a better understanding of the history of the relations between the two countries.

The blockade is stronger now than ever, causing hardship to all Cubans living on the island. The blockade affects every one of the nation’s sectors of development: agriculture, health, education and sports. It is not simply a bilateral issue between two countries. The extraterritorial nature of the blockade remains very serious.

Measures recently announced by the U.S. government, which are not based on any conclusive results of research or proof of the alleged incidents, are highly political in nature and benefit only a minority whose aim is to scuttle relations between the two countries.

Cuba’s desire is to continue negotiating with the United States on an equal footing and with absolute respect for the sovereignty and independence of our country and to pursue respectful dialogue and cooperation on areas of mutual interest. 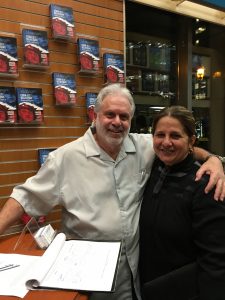