All are invited to the Toronto launch of Arnold August’s latest book:

Cuba–U.S. Relations: Obama and Beyond. 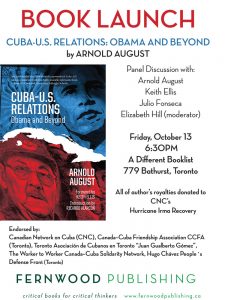