Now available in the UK and Ireland from CentralBooks (U.K.) 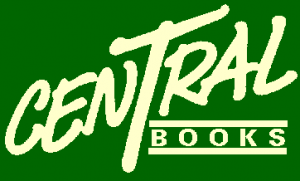 Cuba–U.S. Relations: Obama and Beyond, by Arnold August.

U.S.-centric misrepresentations of Cuban society and of Obama’s new

and bloggers fighting in the ‘Cultural War,’ challenging the Revolution’s

cohesion since the 2014 ‘normalization’ process began. With its withering

anti-imperialism and comradely criticism of Cuban realities, this timely

book will open many eyes and raise many hackles.

and editorial board member, International Journal of Cuban Studies

This book could not have been more timely. With Fidel Castro’s death focusing outside attention on Cuba’s future and with Trump’s election throwing U.S.–Cuban “normalization” into question, Arnold August contests the common assumptions and public rhetoric about Cuban politics and about that “normalization.”

August provides the reader with a bridge across time and nations to understand the changes that have led to the “normalization” of Cuba–U.S. relations and serves as a guide to the Trump future.